6 memorials that made an impact on us

The world has had a tumultuous history. Along with all the beautiful landscapes, the amazing architectural feats, and incredible people and stories that have been… the world has had its fair share of heartache and heartbreak and gut wrenching stories of war and/or natural disasters. Memorials are sometimes set up to mark the lives lost. We always find these memorials very haunting and moving.

But memorials are not only for sad events, they also mark important people and events. In this post, we’ve rounded up the memorials that we have visited that made an impact on us. Not that any of the others were less notable or less important, we particularly wanted to share these 6.

And in no particular order,

1. The Hill of Crosses in Lithuania, we’ve previously shared a photo essay of it and still get goosebumps thinking about this place. The information around its history is a little hazy but in essence it is a memorial to lives lost. The number of crosses erected in this place is unknown but is estimated to be around 100,000. We’ve never seen anywhere else quite like it.

2. The Memorial Cenotaph framing the peace flame and the A-Bomb Dome as part of the Hiroshima Peace Memorial Park in Japan. The park itself is dedicated to Hiroshima, the first city ever to suffer a nuclear attack, in memory of the victims.

The A-Bomb dome that you can see in the distance, is what remains of the former Hiroshima Prefectural Industrial Promotion Hall. This building was at the centre of the where the bomb exploded.

3. In 2011, a 6.3 magnitude earthquake struck Christchurch in New Zealand, killing 185 people. This is a temporary art installation commemorating the lives lost on that February day. There was 185 different chairs painted white, each marking one of the lives lost. 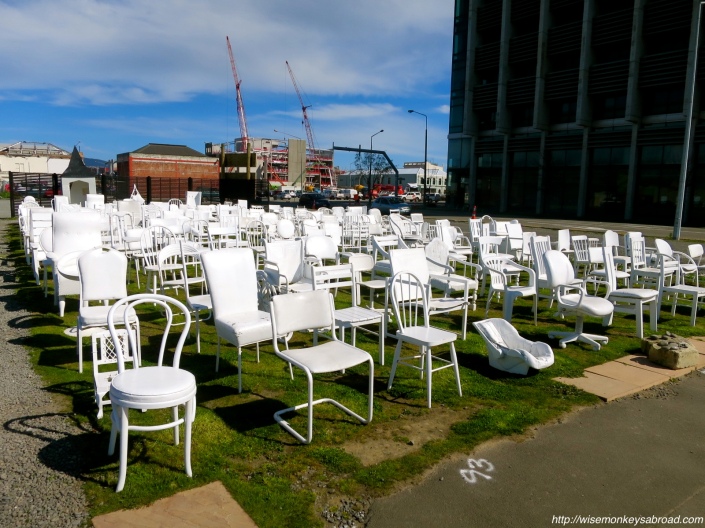 4. Seeing the one in Christchurch, reminded us immediately of the one we saw in Krakow, Poland. Thirty-three chairs on deportation site, each one representing the 1,000 Jewish victims of the Krakow Ghetto during World War II. 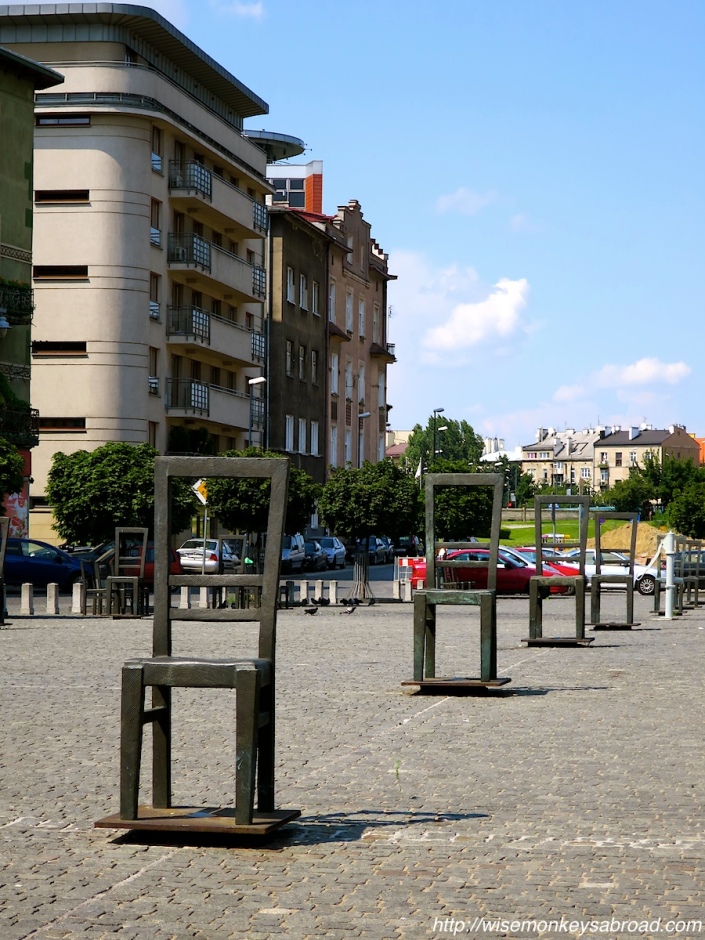 5. The Lincoln Memorial in Washington DC, USA is something we had only ever seen in TV shows and movies. This statue is probably one of the most notable things that we wanted to see during our visit to DC and it certainly did not disappoint. Honouring the 16th President of the USA, it stands at about 5.8 meters. The walls inside the monument are inscribed with Lincoln’s inaugural speech and Gettysburg speech. 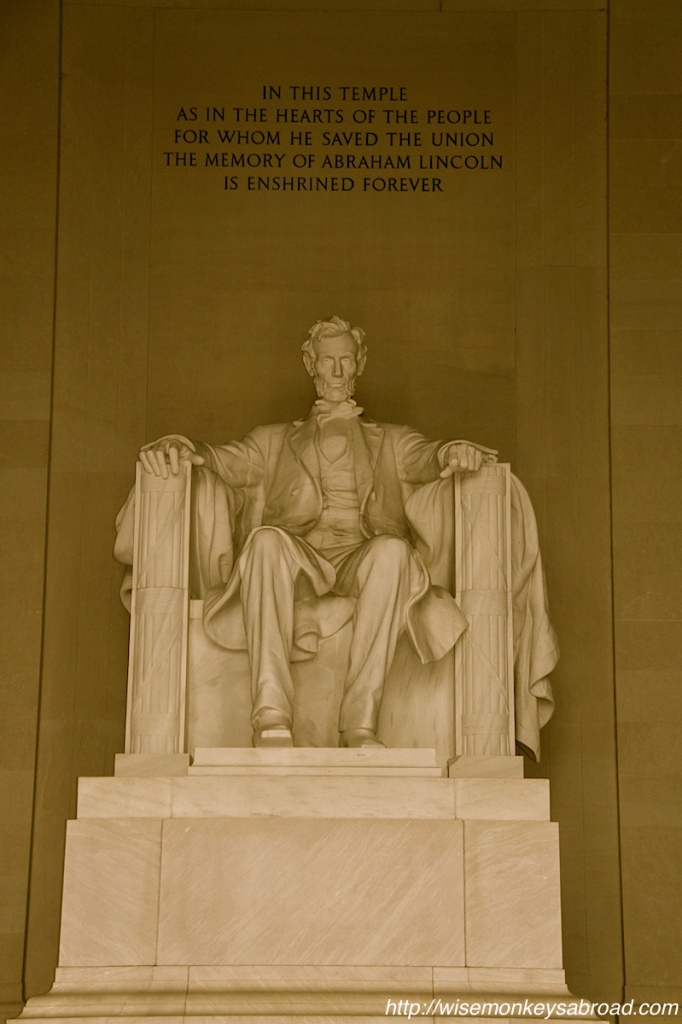 6. And possibly the most significant one for us as Australians was the Memorial by Mustafa Kemal Ataturk at Anzac Cove, Gallipoli in Turkey.

“Those heroes that shed their blood and lost their lives…
You are now lying in the soil of a friendly country. Therefore rest in peace. There is no difference between the Johnnies and the Mehmets to us where they lie side by side here in this country of ours…
You, the mothers, who sent their sons from faraway countries wipe away your tears; your sons are now lying in our bosom and are in peace, after having lost their lives on this land they have become our sons as well.”
– Ataturk, 1934

What memorial have you visited that made an impact on you?

the top 5 that did not disappoint

So we’ve written a post about the top 5 places that underwhelmed us, then we wrote about the top 5 unexpected places and now is our top 5 that was everything plus more than we expected. We should also qualify that we have had lots of “overwhelming” moments on our travel but we narrowed it down to our top 5 for this post – which wasn’t easy. 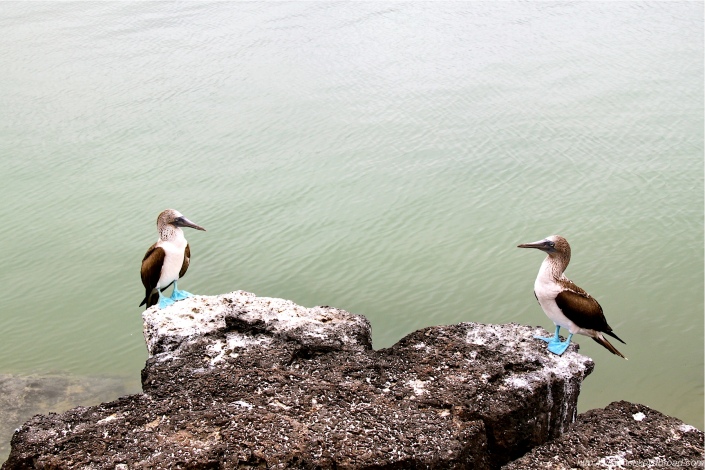 The place where Charles Darwin came up with his evolution theory.

The place where there is abundance and diversity.

The place where animals and humans can swim together and walk together.

The place we would recommend to everyone in a heartbeat! 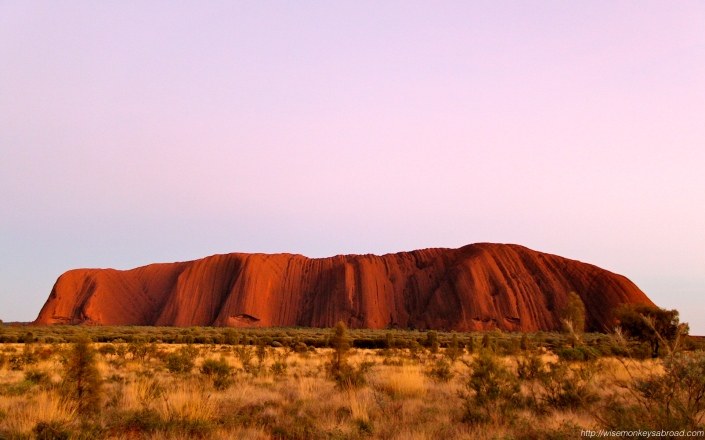 In the centre of our home country lies the monolith that is ever so famous. It wasn’t only seeing Uluru itself that made this the most jaw-dropping memory we have in Australia, but it was the entire experience itself; seeing Uluru during the day, seeing Uluru changing colours, watching the sunset, being under the stars in the red centre, understanding more about the Indigenous Australian culture and beliefs.

We published a photo essay recently on Uluru if you want to see more photos. 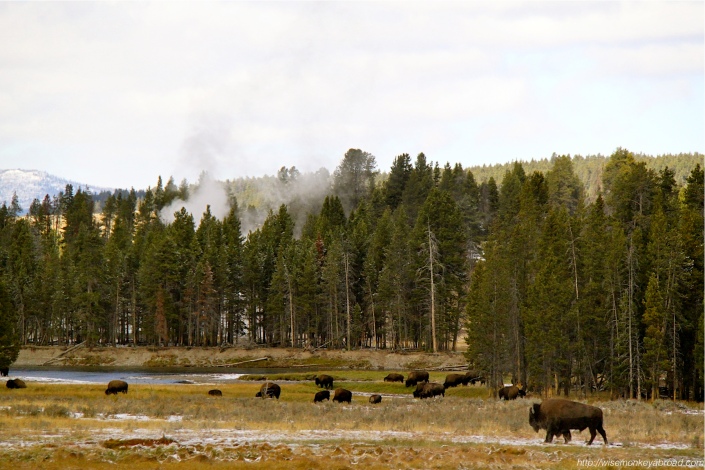 Being the first National Park in the world and with 9000 square kilometres to explore, one cannot really not pass up the opportunity to visit here. We visited in October and we had snow – lots of it. And it only made the scenery so romantically magical.

We were able to catch glimpses of different wildlife, we visited Ol’ Faithful Geyser and we were mesmerised by the sweeping landscapes and colours.

This is one of the first places we ever visited that as soon as we left, we said, “We’re coming back here again!”

Floating reed islands? The minute we heard about these many years ago, we knew we had to visit it one day. And when we finally did, we fell in love. It didn’t matter that we were 3000+ metres above sea level and that every few steps we felt out of breath. Because as we stepped on the reeds and realised that we were actually walking on a floating island, the moment was ingrained in our memories forever. Looking around us, we saw the local residents waving to us in their colourful sweaters – welcoming us to their home. On this planet, there are plenty of unique places to see and this is one of them. 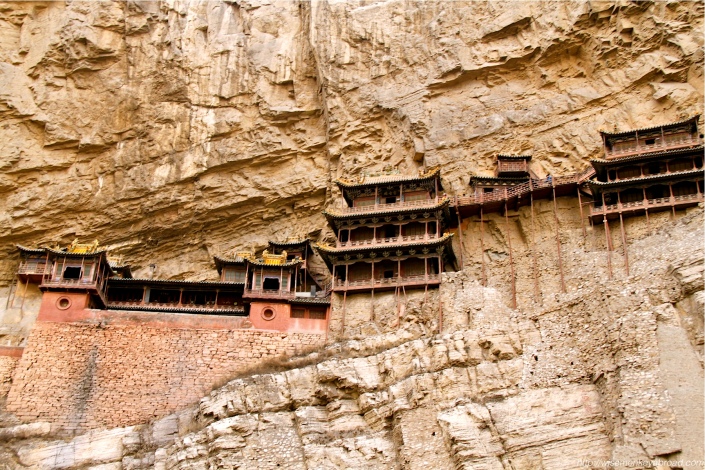 In the side of the cliff, 50 metres above the ground, there stands the monastery/temple that conjures up images of ancient China immediately.

This is the first place that we have visited in the world that brought tears to our eyes. We were so overwhelmed with emotion, peering upwards at it that we did pinch ourselves to see that we were really awake. Then walking through it was another thing altogether – held by what look like only wooden logs – we prayed that it was still architecturally sound. We held our breath when we saw it and we held our breath when we walked through it.

There you have it – our TOP 5 places that met and exceeded our expectations. Any surprises?

There were a few others that were close contenders such as Machu Picchu, Neuschwanstein Castle, Carcassonne, New York City…… plus many more!

Where have you been that you had high expectations of and it delivered?

guest post: five historic libraries to turn you into a reader

We love travel and we are sure everyone who visits us here knows that. But other than travel, our other love is reading. And so we couldn’t resist this opportunity when we were approached to feature a guest post about libraries.

Shhhhh. From monastic reading rooms to an astonishing everyman’s book trove, Holiday Lettings takes a temporary vow of silence and explores five of the most historic libraries on the planet.

From its marble floor to the decorative iron balconies all the way up to its vertiginous 61-foot roof, this labour of love is undeniably impressive.

Founded by philanthropist George Peabody for the people of Baltimore to enjoy, and now part of John Hopkins University, this huge temple of learning contains around 300,000 books. These mostly date from the 18th to 20th centuries and cover a broad range of reference topics, including history, art, religion and travel. 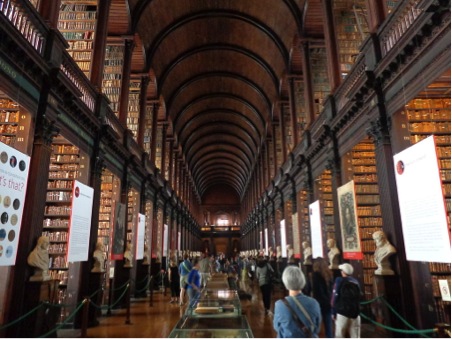 Trinity College’s Old Library is Ireland’s largest. It specialises in early printed works and dominates this attractive city-centre campus. The main attraction for visitors is the impressive Long Room (65 metres long, to be exact). Here you can marvel at the extravagant illustrations and graceful calligraphy of the Book of Kells, an ancient illuminated manuscript dating back to 800 AD.

See if you can spot writer Jonathan Swift among the pale marble busts. Then check out the barrel ceiling, a later development devised when the library’s groaning shelves called for an extra level to be added. 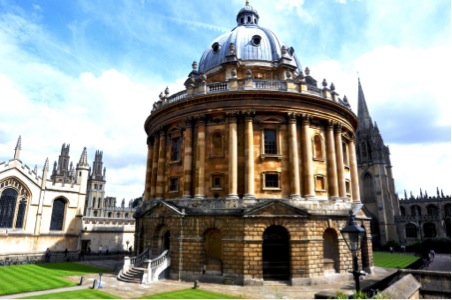 Part of the prestigious University of Oxford, the Bodleian is a must-see attraction on a visit to this genteel city. Walk the hallowed halls, from the hushed reading rooms to the Divinity School, to the Exhibition Room, then step back out into the quadrangles to admire the elegant frontage.

On your tour you may think you recognise certain spots – that’s because parts of the Bodleian featured in the Harry Potter films. Check online before making a special trip, as certain rooms close for university ceremonies and private events.

The pale limestone facade here reveals a stunning interior heaving with around 350,000 volumes of Portuguese literature. It’s the largest assemblage of Portuguese works outside of Portugal itself.

Chandelier-lit, adorned with carved wooden arches and packed almost up to its soaring, ornate ceiling with valuable literature and New World maps, grand doesn’t quite cover the magnificence of this reading room. Time to take a seat at one of the dark wooden desks and put on your most studious face…

Head to the imposing Strahov Monastery to see its two historic library spaces, lined with around 200,000 texts. The 17th-century Theological Hall is dotted with antique globes and features an entire wall of Bibles in various editions and languages. All of this is overlooked by a jaw-dropping ceiling fresco by painter Siard Nosecký.
Move on to the Philosophical Hall, a newer 18th-century addition, which sports another ceiling fresco by Vienna’s Anton Maulbertsch. You won’t be able to tell, but false book spines hide secret staircases up to the higher levels here. Be sure to book in advance onto a guided library tour to guarantee a glimpse of these awe-inspiring rooms.

Disclaimer: This is not a sponsored post, it was selected by us to be featured. This is a guest post written by Holiday Lettings, a Tripadvisor.com company.

Our interpretation is to share a photo of NEW York City from the Empire State Building.

For other photos of “new” – see the Daily Post Weekly Photo Challenge.

Back to blogging for another year, we are so appreciative of all the support in 2014!

Thank you to each and every one of our readers.

Please feel free to leave us a comment on what you thought of our interpretation.