In this edition, we take a look at

Chambord is on an estate of about 5440 hectares and is enclosed by a 32km wall that is 2.5 metres high.

The exterior of this chateau in itself is enough to make us say, “WOW” over and over again. 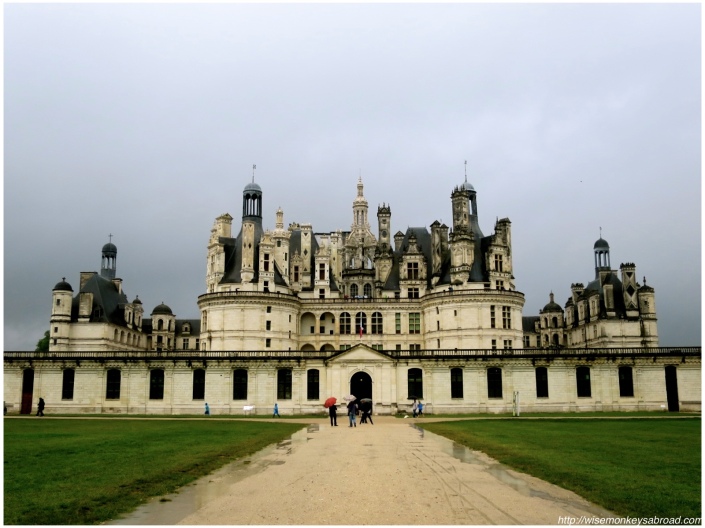 Especially knowing that it was intended to be “only” a hunting lodge by King Francis I. He wasn’t alive to see it completed with its 77 staircases, 282 fireplaces and 426 rooms.

The most famous of staircases, which is believed to be the idea of Leonardo da Vinci, is the double spiral staircase that links the three floors in the centre of the keep. The two stairwells wind independently of one another and never meet, although you can see through to the other whilst on one. 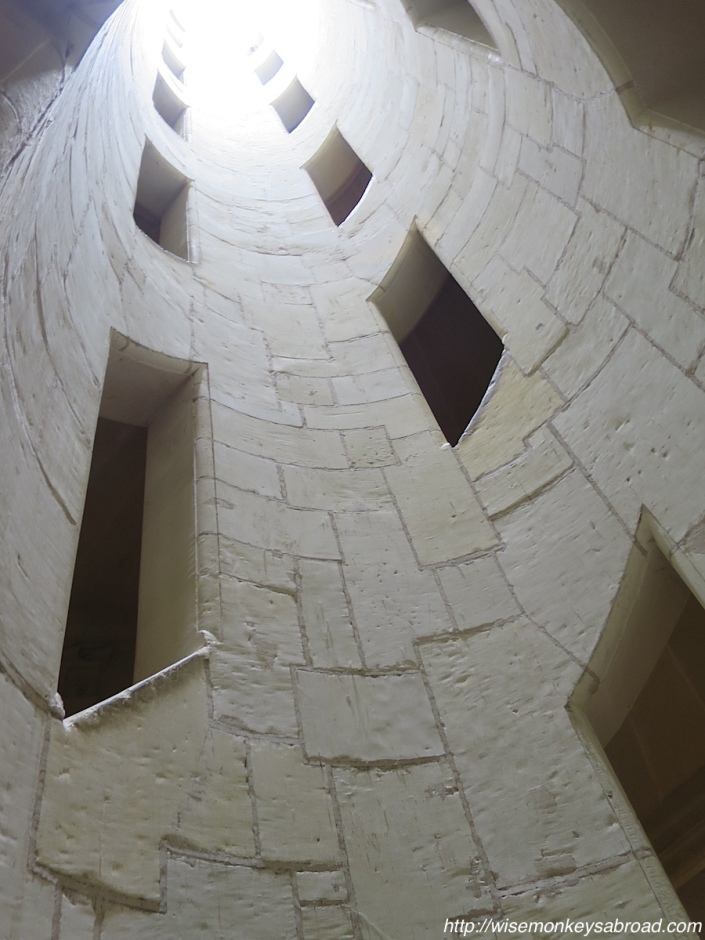 The difference between this chateau and the others is the sheer extravagance and size of it. The rooms, stairwells corridors all weave upon themselves and getting lost is only natural. It is however not as warm and welcoming as some of the others that were inhabited.

The ceilings high, the rooms cold, the hallways dark, it is not somewhere we would want to be stuck in at night time. We did say however, it would be ideal for a murder mystery night.

Anyway, adding to the rather aloof atmosphere, there is much to suggest the prestige in hunting. The walls are adorned with deer heads or art depicting hunting. It was a little overwhelming and confronting.

And of course there is a room displaying the trophies. 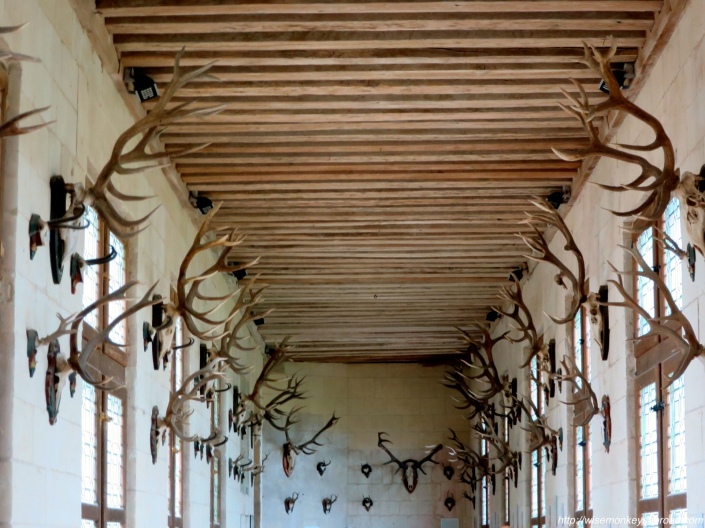 A little bit of trivia to finish off the Chambord showcase: the vaulted ceilings are carved with King Francis’ F monogram with a salamander; his emblem which is a mythical animal able to live in fire.

Have you visited Chambord?

Tell us what you think here

Chambord is located 77km north east of Tours. Extended opening hours from April to September with one admission and access to 800 hectares of parklands where you may sight a wild boar or deer.