Reading just the other day about Cherry Blossom season  made us think of our time in Japan. Flicking through our photos we came across photos of Himeji Castle.

Himeji Castle survived World War II bombings and earthquakes and is an example of Japanese castle architecture dating back to the 17th century. However, the history of the castle spans back to the 1300s, where it started as a fort and then a castle before becoming the castle that we see today. It is one of 12 oldest castles still standing out of about 25 000 (yes, 25 thousand) castles ever built in Japanese history. It is 6 levels high with very steep stairwells and with each floor, the stairwell get narrower and steeper.

We had to take our shoes off so were climbing the stairs light-footedly like ninjas. The depth of each step, the higher we got, was so narrow, we were only able to place half our foot on. Basically we were tippy-toeing to the top, making us feel even more ninja-like 🙂  And the view when we got to the top was worth the sore calf muscles! It really was quite a fortress!

The castle sits atop a hill and looks so wondrous and white and is referred to sometimes as the White Heron Castle. The day we were there, the sky was so blue – it was simply picture perfect. 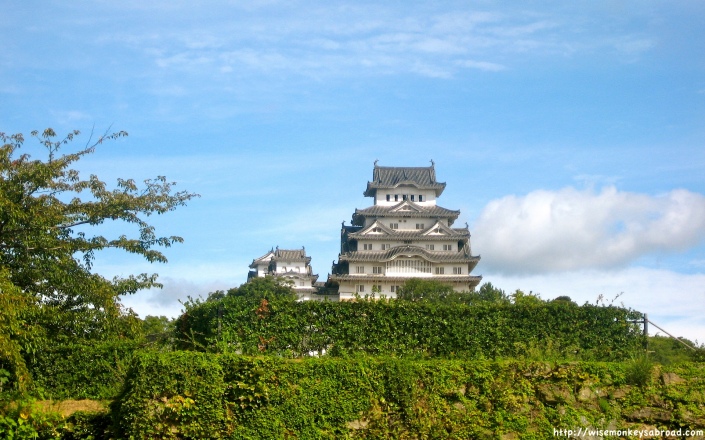 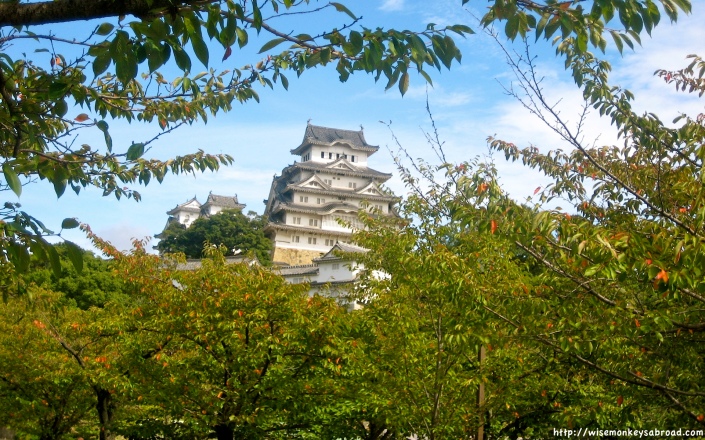 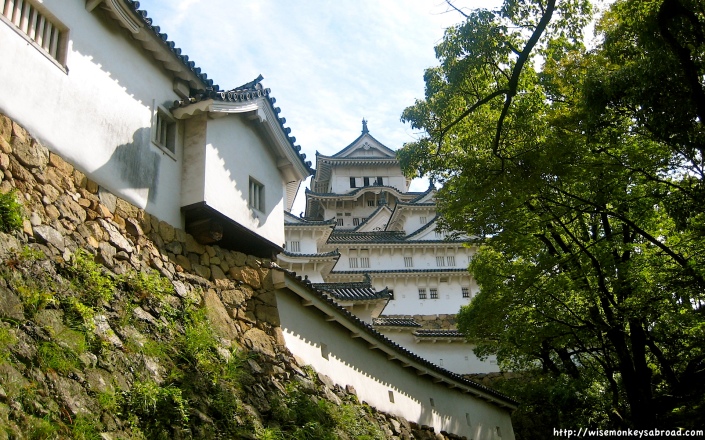 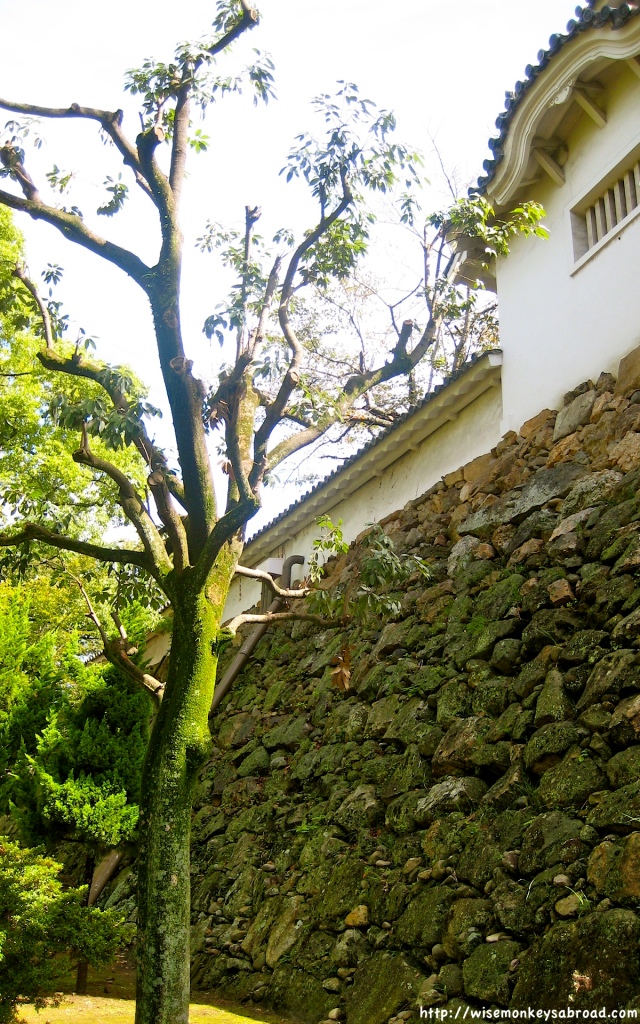 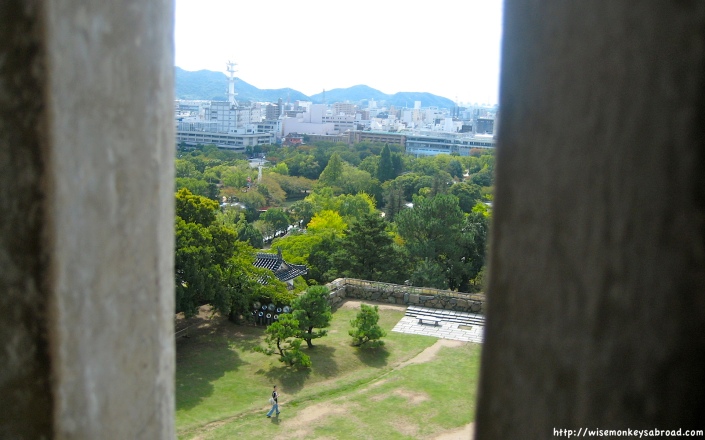 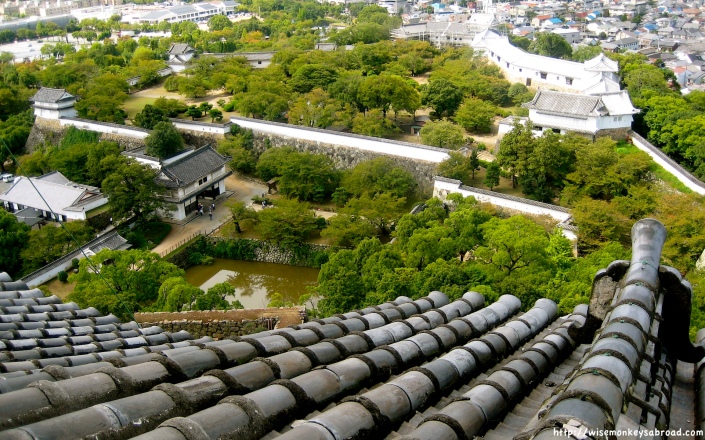 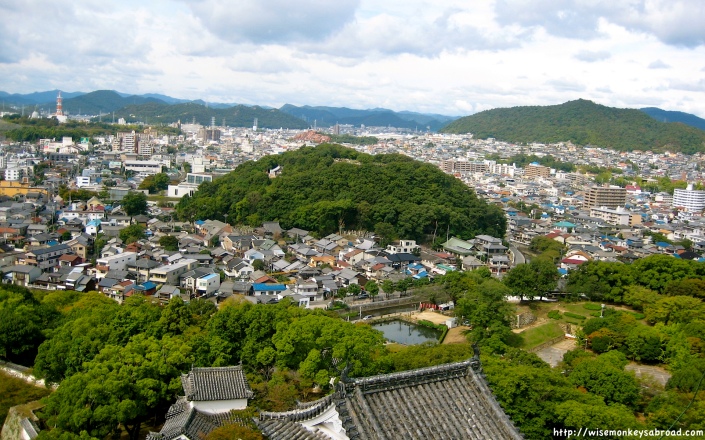 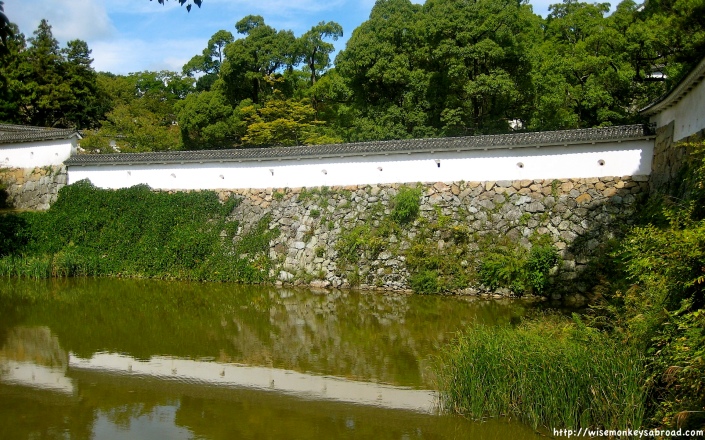 Himeji Castle was listed as a UNESCO Heritage site in 1993.

To see the other UNESCO sites we have visited, visit our unofficial bucket list

17 thoughts on “himeji castle: one of japan’s oldest castles”

It doesn’t matter if I had to be Ninja then would get a wondrous view like these. 😀 Nice

LOL – it was very fun pretending in our minds we were ninjas 🙂 Ninja or not – it is worth a visit!

Nice! I went to Himeji-jo a few years ago, in the middle of summer – big mistake. For a country that has vending machines every couple of metres, you would think that there would be some access to a cold drink somewhere in the castle! That climb nearly killed me!

Yes – that is so funny you say that because our very next photo after Himeji-jo is in fact us at a vending machine, buying a drink! LOL!

Wow!! Now that’s a view worth climbing all those steps for!!

It certainly was 🙂 Hope you have a lovely weekend!

That is absolutely stunning. Was the inside just as dreamy?

Thanks! The inside was now a museum – think we definitely prefer the outside 🙂

absolutely beautiful castle – and appreciated seeing all the different angles. 🙂

🙂 So glad you like the photos! It is an incredible castle.

Owch, as beautiful as it is. This post makes me remember my trip to Japan too, even though my friend and i didn’t make it to Himeji castle. Ah, i really want to go back to Japan. Such a nice place:D.

Thanks 🙂 Japan is sensational – the people, the food, the history, the culture! Everything about it, huh? We would love to go back there again!

Japan is on my bucket list and we hope to make it there for spring break! Love your photo’s. Tip toeing to the top sounds like it would have been pretty challenging.

Thanks for swinging by and for your comment! We hope you do get to visit Japan some day! It is such a great place 🙂 -we didn’t get to see the cherry blossoms, we were there during their autumn! Would love to visit Japan during spring too!

Waw! We have been dreaming of going to Japan for such a long time… this is stunning! Hope we make it one day – our list of priorities is soooo endless, we don’t know where to start *haha*

Heheh – we are the same! Our list seems to grow ten times faster than we can cross it off! Oooh – Japan is incredible, we hope you guys do get there some day. Enjoy the rest of your week!