what’s your favourite beach? here’s ours (and it’s not bondi)

Summer is approaching in Sydney but when we look out the window, it doesn’t look the case at all! The sky is overcast and the temperature is still relatively cool. Considering that we live only 20 minutes or so from the beach, we hardly ever visit the beaches in Sydney. Maybe once or twice during the summer… And beautiful beaches we certainly have.

To put it plainly, we are just not beach people.

But if we were asked what our favourite beach was

…we would have to say that it isn’t here in Sydney. Back in 2006, we went to Mauritius for a week and found what we consider to this day: paradise. We think it is the best beach that we have ever been to.

Ile aux Cerfs is a privately owned island off the east coast of Mauritius. To get there, we were picked up from our hotel in Port Louis (on the west coast), driven across country to the port, before jumping on a boat transfer to the island.

And when we arrive, all we see is beautiful turquoise water and soft yellow sand, water so calm; this was our kind of beach. 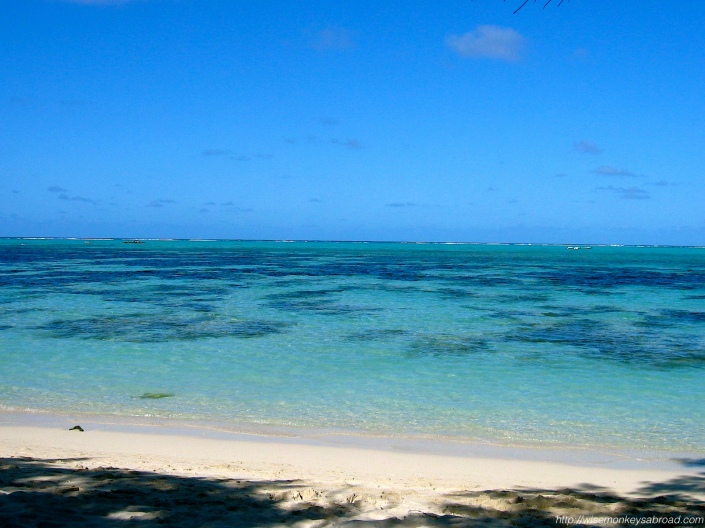 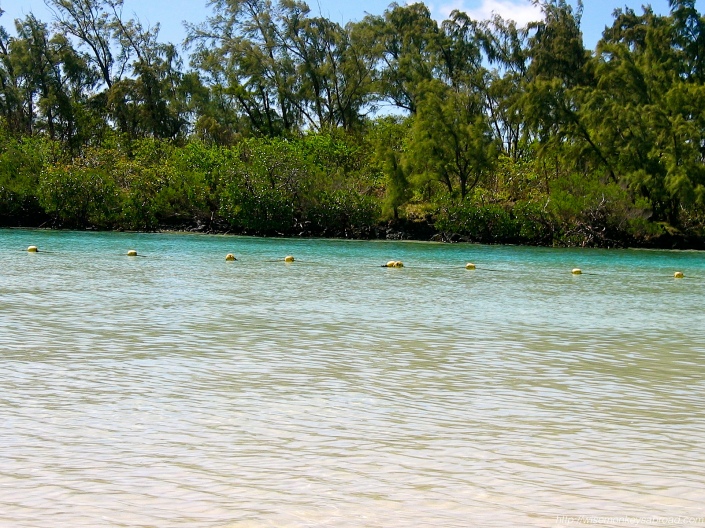 We throw down our beach towel by the lagoon under some shade, and just head into the water! It doesn’t matter how far we go in this lagoon, the water is merely ankle deep and then slowly becomes knee deep. We can sit in the water and just soak up the sun and atmosphere. No fear of being slammed by waves or snuck up upon by sharks. Here is the place to be lazy and relax! 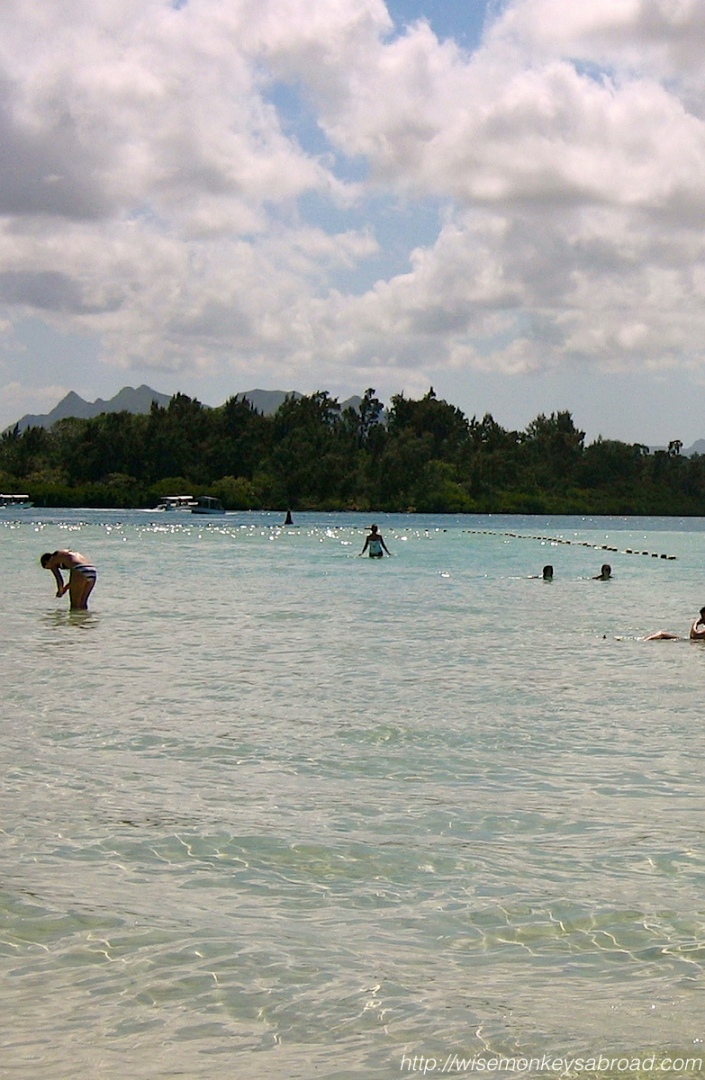 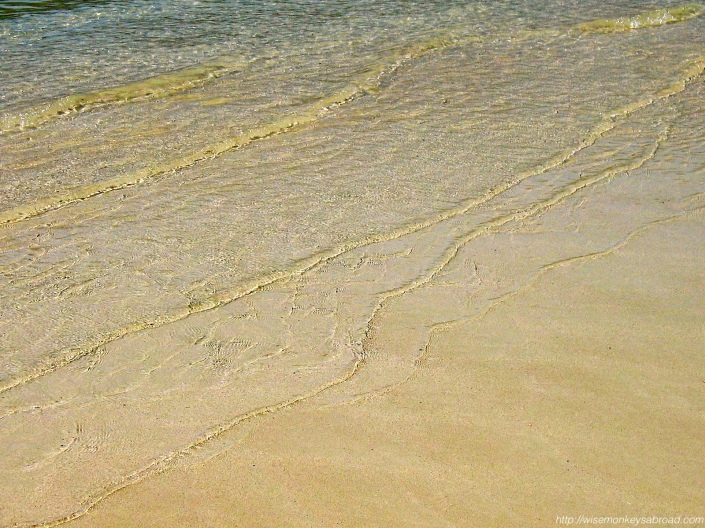 Our day trip also included lunch – all set up and served under these open huts! 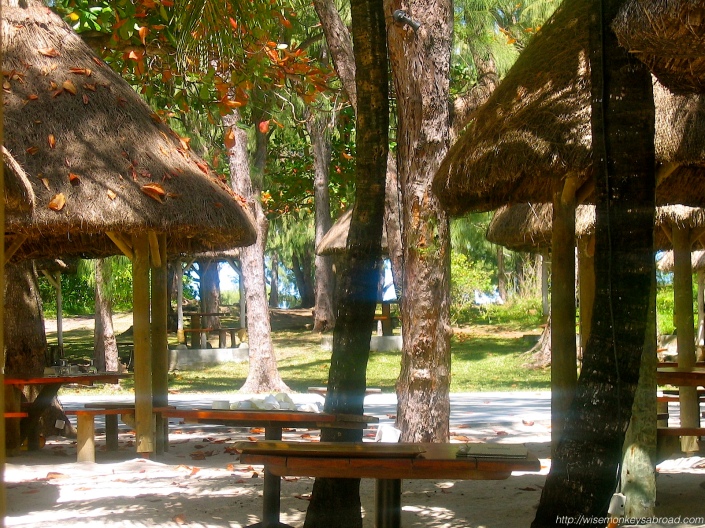 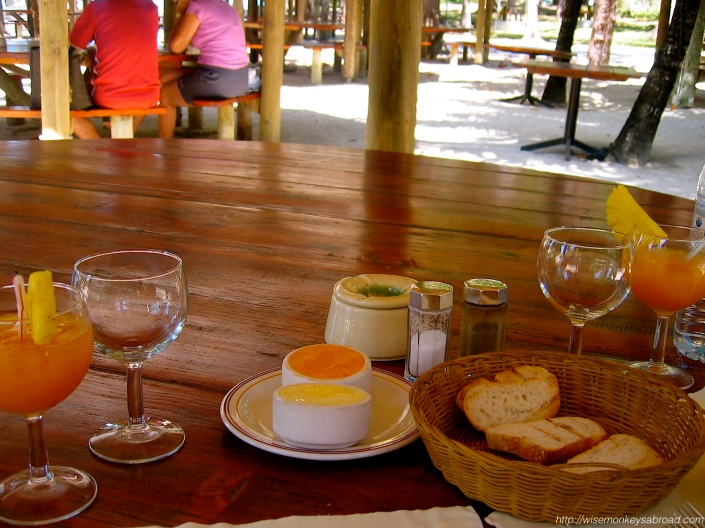 And then to sticky beak around the island afterwards, we walked along some of the walking tracks and caught glimpses of the golf course. 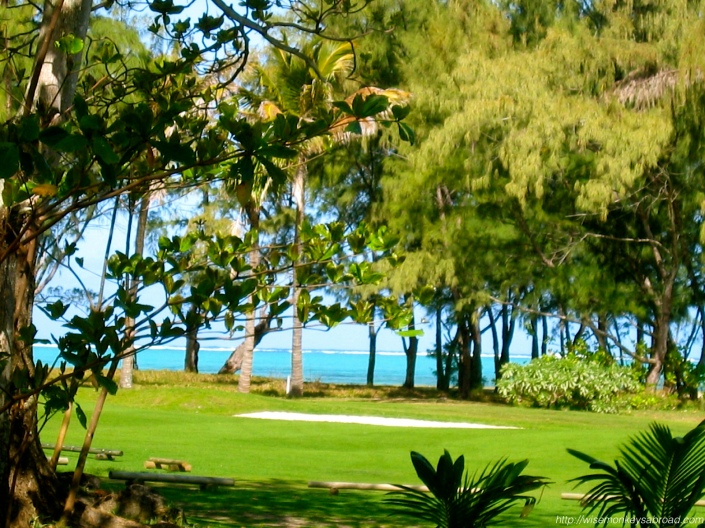 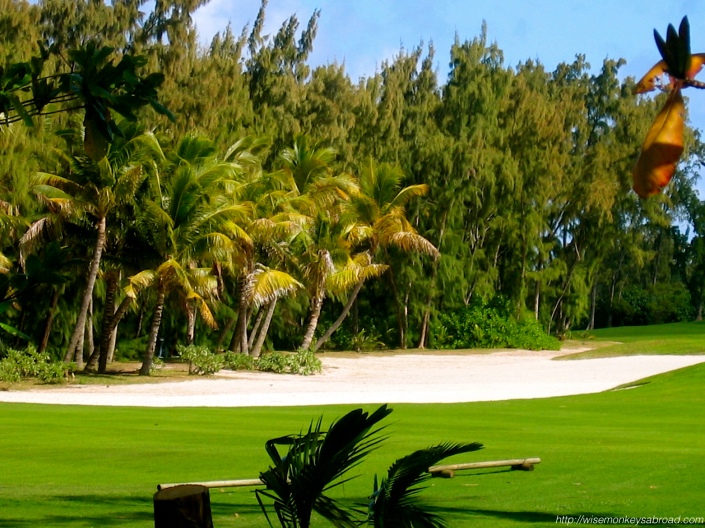 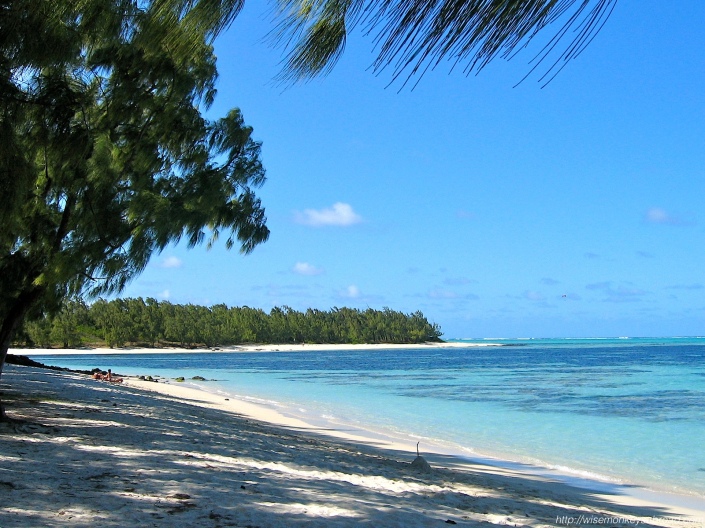 This beach day for us definitely set the standard for our image of a “day at the beach” and since then nothing really has compared (possibly our day at the Bahamas, but that will be for another post). Writing this post takes us right back to that experience…. *sigh*

What is your favourite beach?

mauritius: this is paradise

Hearing Mauritius always conjures up images of exclusivity, honeymooning, palm trees and beaches. And we suppose that those are the right images. But, there has to be more… and there is!

We arrived into Mauritius later than scheduled and were promptly picked up by the transfers. But as we drove into the night, we began wondering what we had gotten ourselves into. Was this a tourist trap? Were those idyllic images all misleading? Why did we feel this way, you ask? Well, we were driven in a van along roads that were NOT well-lit, actually pitch black to say the least and  the only light we could see were spot fires off in the distance – and as the van sped on, the fires got closer and closer.

We soon learnt that they were sugar cane harvesting and not anything more to worry about. Sure enough, upon  driving up to Le Meridian, all of our worries dissolved. The resort was amazing! We could not fault it in any way other than to say it was so big :-), our legs got sore from walking to the room. The view from our room was spectacular. A week of relaxing was in store. 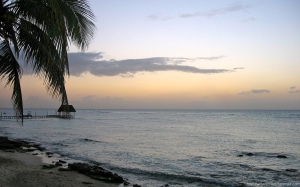 But after one day of relaxing at the resort, we got itchy feet and wanted to do some exploring so we booked in a few day trips to see more of the island. We had not flown all this way from Sydney to sit by the pool – you can do that ANYWHERE! We visited Port Louis, temples, waterfalls, markets, volcanoes and truly got a taste of the real Mauritius that lay beyond the resort. Amazingly how many people at the resort had not ventured out the gates – they didn’t know what they were missing!

One particular thing we were ever so keen to see were the giant water lily pads at Pamplemousses Royal Botanical Gardens. Having read in travel guides, we were ready to be blown away. Its pretty obvious already from this build up, that it was a let down. Sadly, Mauritius had experienced a wet winter and therefore the lily pads were not as big as normal. 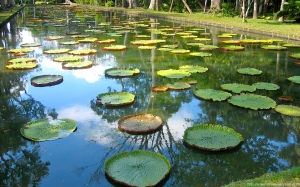 One thing that we hadn’t expected to see was Chamarel – which we didn’t know about until we were in Mauritius. It is basically a geological formation made up of dunes comprised of seven different colored layers. The colours were incredible. 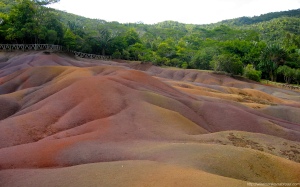 As far as beaches go, Ile aux cerfs has to be one of the nicest we’ve ever seen. It was a lagoon in fact but that doesn’t stop it from being picture perfect and the spot to relax. 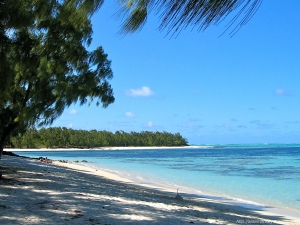 View more photos of our trips in our Photo Gallery.

Road tripping today to Canberra for the day! We always love a good road trip, it’s a great chance for us to admire our Aussie scenery & see how much has changed during our rather tumultuous summer. After the bushfires and then heavy rainfall (although not enough to break the drought), there are sections that have turned green while others sections still very dry. It was sad to see a few roadkill wombats along the way as well as the burnt trees. No matter how you look though, Australia, we still love you!
After the first week back at work, we are convinced we’d rather laze on a #beach 🏖
Australia has so many scenic spots #nofilterneeded ...................................... 📸: Phillip Island, #Australia
And just like that we are coming home. The original plan wasn’t even to fly - we were meant to be road tripping but due to the raging bushfires on the East Coast it was too unpredictable so we had to rejig & shorten our South Coast road trip to a smaller trip away. Although, we were happy to see lovely weather awaiting us as we flew in, we would’ve preferred to see some rain.
We’ve been off work now for 4 weeks, still a couple more weeks off before work starts! You could say, “Life’s a Beach” 😁 📷 : Brighton Bathing Boxes
We hope that however you spend your end of the year, you are safe and/or surrounded by your loved ones. Because there are many people and communities in Australia at the moment who are fighting fires or impacted by the fires. Here’s to hoping that the New Year and 2020 brings with it rain, hope and regrowth to our beautiful nation! We wish you all an uplifting and promising year ahead filled with love, happiness and vitality! We’d like to take a moment to: * Reflect on how we treat one another, the other inhabitants of this Earth and Earth itself moving forward. * Remind ourselves that we should be respectful, selfless, kind and caring all-year long and not just on special occasions. * Consider that not everyone is as fortunate as us. * Spread love, cheer and positivity. * Spend our energy on what is good and be grateful but be inspired to see how we can make things better. Happy New Year! Here’s to more travels if that’s your thing 😉