Looking back our photos from when we were in Italy, we ask ourselves: how did we go to Venice and NOT take a single photo of the tables which act as walkways when the tide comes in? The answer is simple, because we were busy taking photos of everything else around us.

It’s a city that is bound to get you pinching yourself and saying, “Can’t believe I’m here!”  Venice, in every direction, is photogenic, even if it is a square full of pigeons: over-fed by tourists. 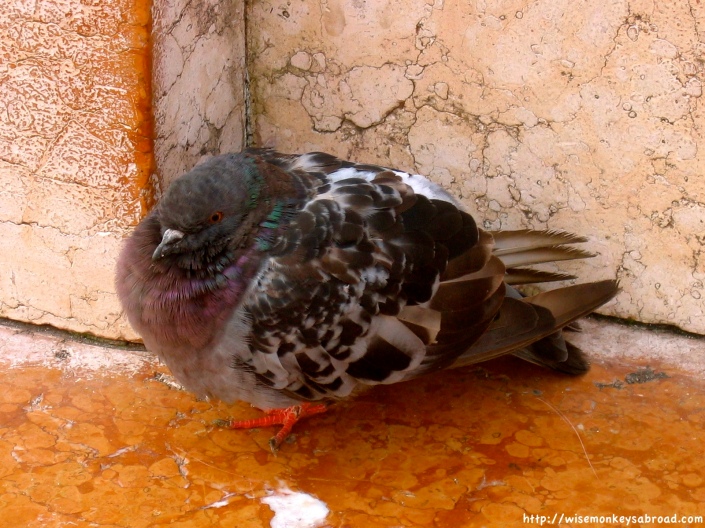 Walking through the over-crowded streets, the aim is almost to get lost rather than not to. Up and over those little bridges with gondolas gliding along the canals, it is just breath-taking (as cliche as it sounds, as cliche as it looks from the photographs and as cringeworthy as it is for us to write that). Venice is what it is and that is beautiful! 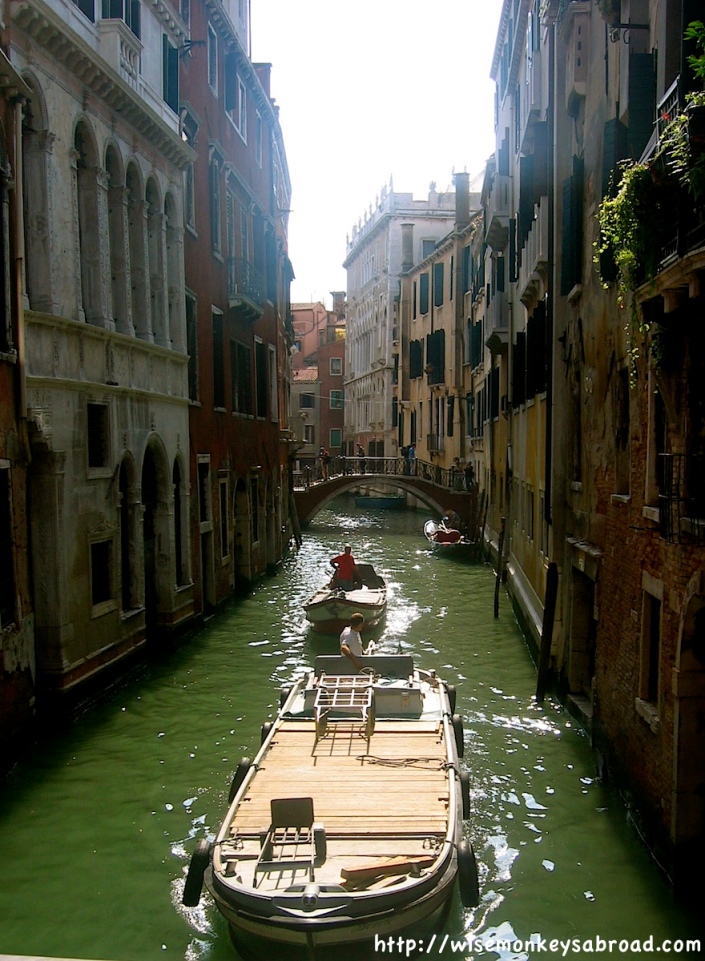 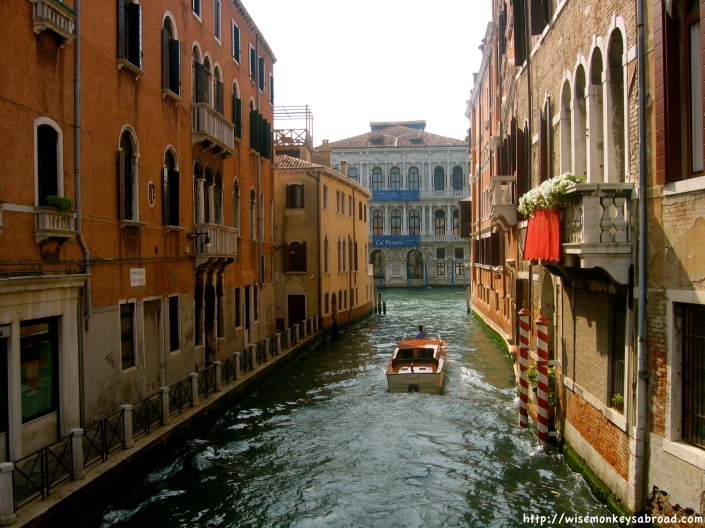 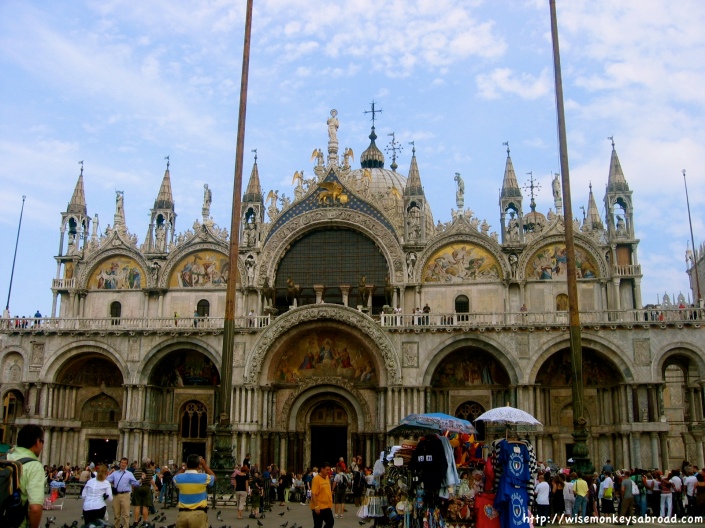 Everyone is entitled to their opinion about Venice and we’ve heard that its smelly, that its over-crowded and over-priced. Heck, call it a tourist trap! It’s a trap that we didn’t mind getting caught in.

Described by UNESCO as a “unique artistic achievement”,  Venice was one of the greatest capitals in the medieval world. Built centuries ago, it took some incredible engineering and architectural design to build such a floating city that we still get to see today. We were so glad we decided to add Venice to our itinerary back in 2006, it’s one of those places that we would like to explore again in future. Maybe actually go on a gondola ride… 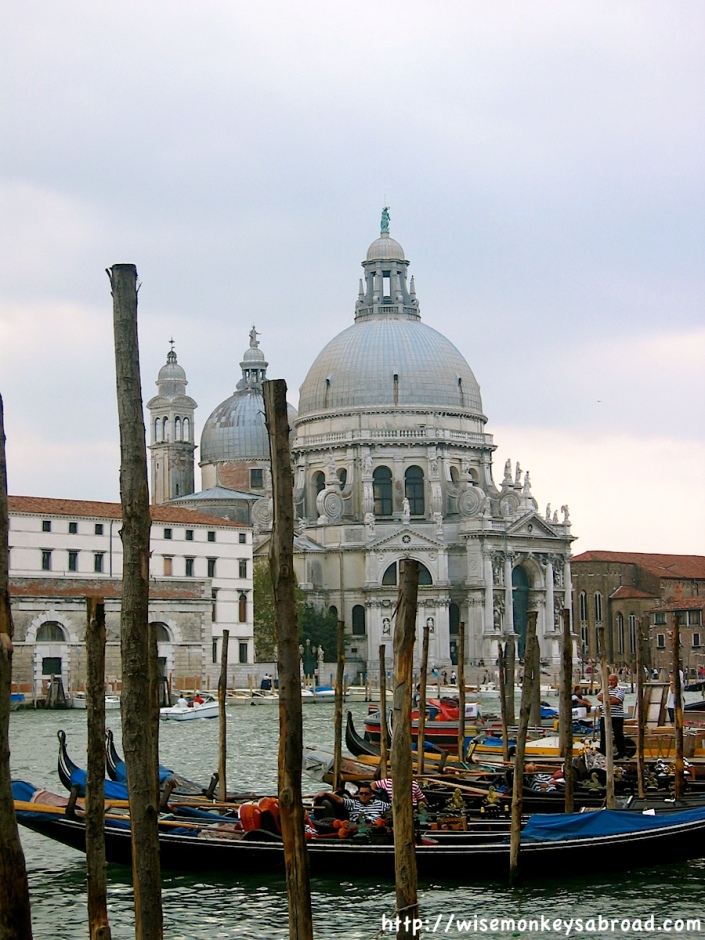 Have you visited Venice? What did you think?

Venice and its Lagoon was listed as a

To see the other UNESCO sites we have visited,

30 thoughts on “re-visiting venice: another unesco”

[…] your answer by heading over to WiseMonkeysAbroad. There you can also see more photos of this incredible […]

On my previous Italy trip, i didnt manage to visit Venice. Would love to visit Italy again..

We were all “Italy-ed” out after that trip but thinking we are due back to see it again! 🙂 Thanks for reading!

Beautiful images and nice write up too 🙂

Thank you 🙂 Appreciate you stopping by and leaving a lovely comment!!

So, you have a very good reason to visit Venice another time! 🙂

Venice is such a beautiful city, we absolutely loved it. Great photos – it’s one of the most photogenic places I’ve ever been to!

Thanks Ayla! Venice is so photogenic, we can’t go wrong snapping photos 🙂
Hope you are well – counting down to South America?!

Yes, very excited! Can’t believe how quickly it’s come around! How about you? When do you guys leave?

So excited! Our Brazil visas have just come through so it is beginning to feel more real 🙂 We leave on June 11 – and you?

Surely Venice is one of those places that can’t be missed, even if it is touristy and a bit on the smelly side. I will go there one day for sure.

It definitely should not be missed!! Hope you get there some day 🙂

I loved Venice too. Before going I thought it was going to be kitsh. But yes, there is so much more to it than that. You did get lucky seeing St Mark’s Square without scaffolding. 🙂

Glad you enjoyed it too 🙂 Had no idea we were lucky to avoid the scaffolding! Guess we appreciate what we saw even more now!!

Beautiful photos! and that is one fat pigeon. Sheesh! We took a gondola ride the first time we went, and it was nice, but not worth the price. They’re not even allowed to sing!! The second time, we sent my parents on a gondola ride (the Italy trip was their 40th wedding anniversary present), and my dad fixed that situation by singing at the top of his lungs the whole time he was on the boat. Heh heh. He is definitely not shy. 😉

Yes, that pigeon ate way too much bird feed! Poor thing could barely move…
So, do you need to pay them more to sing?! When we were in China we needed to pay her to sing as she steered our gondola!
LOL – your dad sounds like a great problem solver!!

Would you believe they’re not allowed to to sing!? 😦 There’s some kind of gondoliers association that regulates everything there. Agri speaks fluent Italian, so he got the full scoop on everything while we waited for my parents. (by the way, he’s extremely jealous you’re going to world cup!!!) 😉

Not allowed to sing? How absurd!!
And gosh, we cannot wait til the World Cup!! Only about 27 sleeps to go 🙂

Gorgeous photos and, yes, you’ll have to go back and take a gondola ride! I thought a gondola ride would be a bit too cheesy but my kids talked me into it and it was a real highlight! The gondoleer even sang Volare as he steered us around the back alleys – priceless!

Venice is always on my top of traveling list. For whatever, bad or good the review about it, i don’t mind, i still want to go there. 🙂
and, what? re-visited, so it more than once, i envy you both. 😀

No, only been once but re-visiting through our photos 🙂
Hope you get there one day!

Ouch, that’s great, so i re-visiting so many places, so many times through my travel photos. Great!

Amen, went to Venice. Thank you for the nice support. 😀

As you say ‘”smelly, over-crowded, over-priced and a tourist trap'” or not, Venice is on my bucket list. Awesome photos! – Ginette

🙂 Hope you get there one day!! Thanks for swinging by 🙂

Beautiful photos. I fell in love with the place too when I went in 2011 and would love to get back one day. We paid €80 for a 20 minute gondola ride – wouldn’t do it again, but it’s something everyone should do once. Next time, I’d get one of those public transport ‘traghetti’ across the grand canal for €1!

Ahhhhh…. Yes! The cost of the gondola ride was what turned us. That would’ve blown our daily budget!! But it is something we should once 😉 One day….

I can’t believe you saw St Marks Square without any scaffolding! I’ve never managed that. (Fingers crossed for August).

Really?! We must’ve got lucky! Hope there’s no scaffolding when you go 🙂